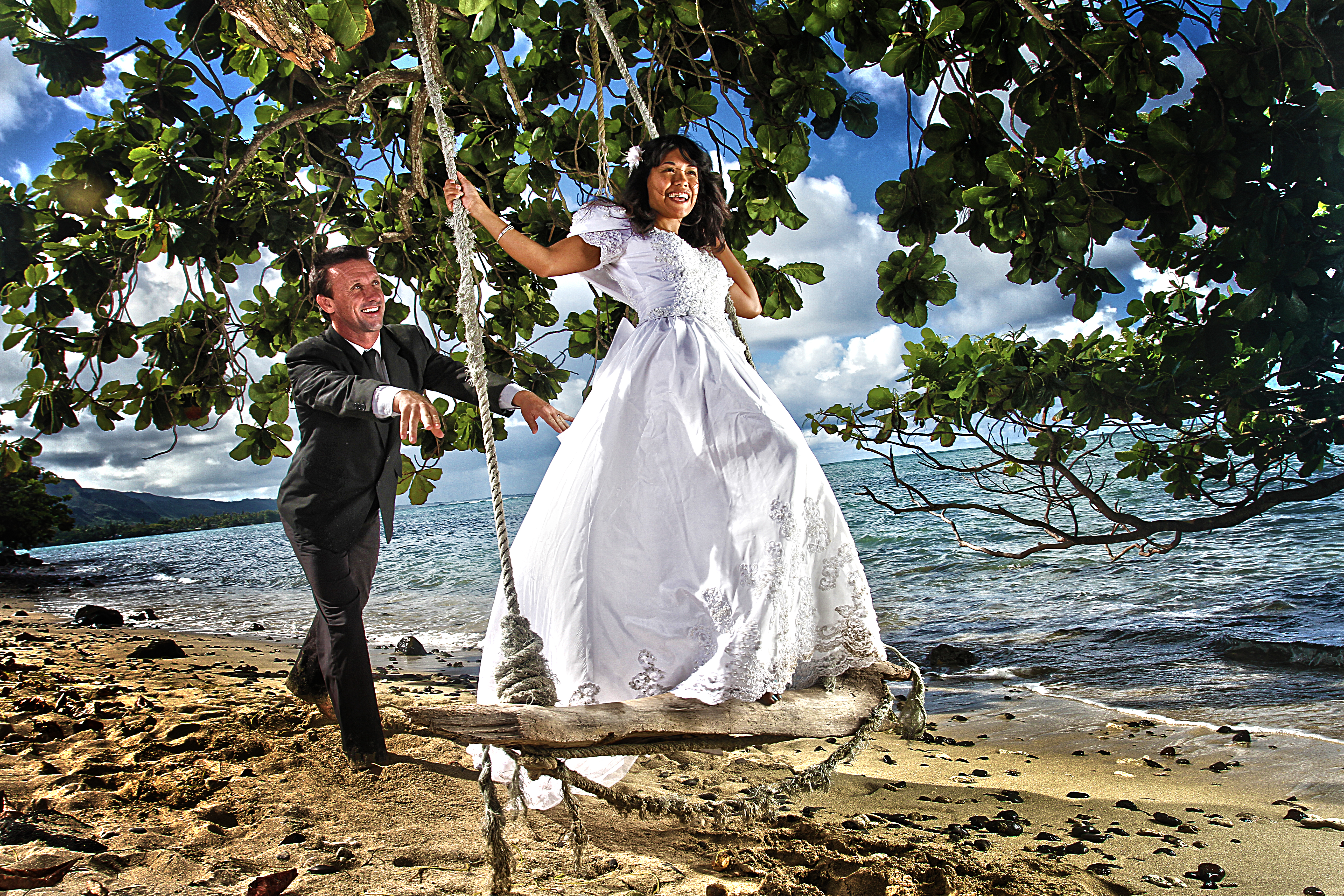 I went out to Hawaii for my friend’s wedding and told them about trash the dress photoshoots. Well they were more than game, and so we started by shooting in their pool. I had bought a dicapac and before submerging my camera, I fully tested it’s waterproofness (is that a word?) and once I knew my camera would be safe I plunged under to take these shots. The 2nd set was near the waterfall, and then we were looking for a third location in which to do a beach shot. TJ took us to some public beach where tons of people were and I was tired and discouraged. He just couldn’t understand my vision and they were tired as well. So frustrated, we called it a day with the promise we would try again the next. We started driving around Kaneohe Bay right near their house and I spotted the swing peeking through the trees. It was like we were meant to find it as the photos turned out so great with the clouds in the distance. I used one Alienbee 800 to light this shot with a PLM system. So happy with the results, and they were as well! 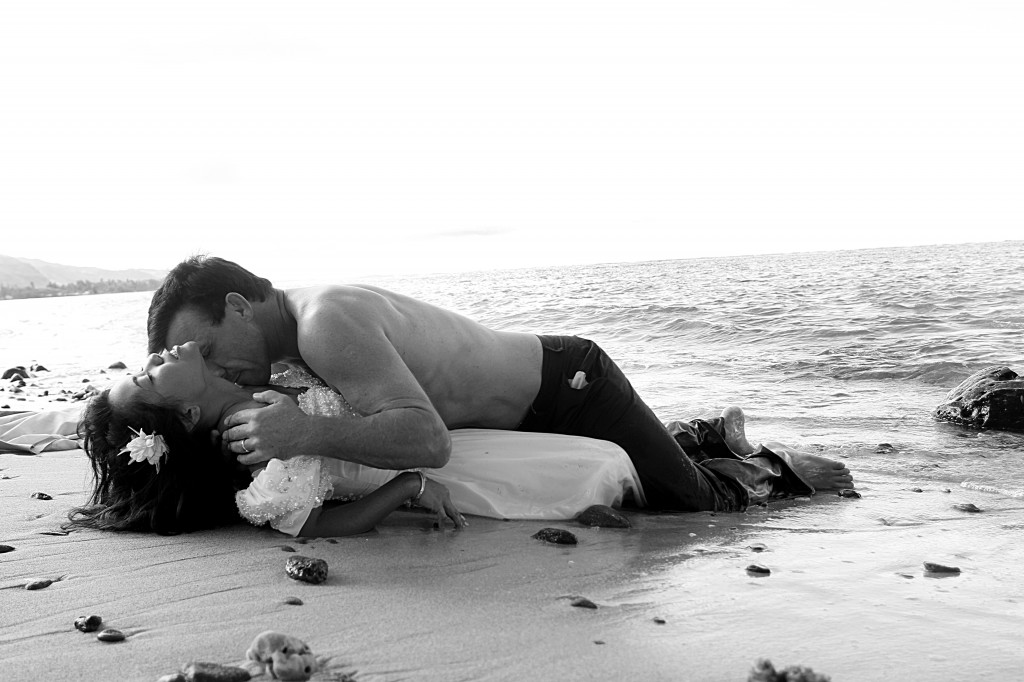 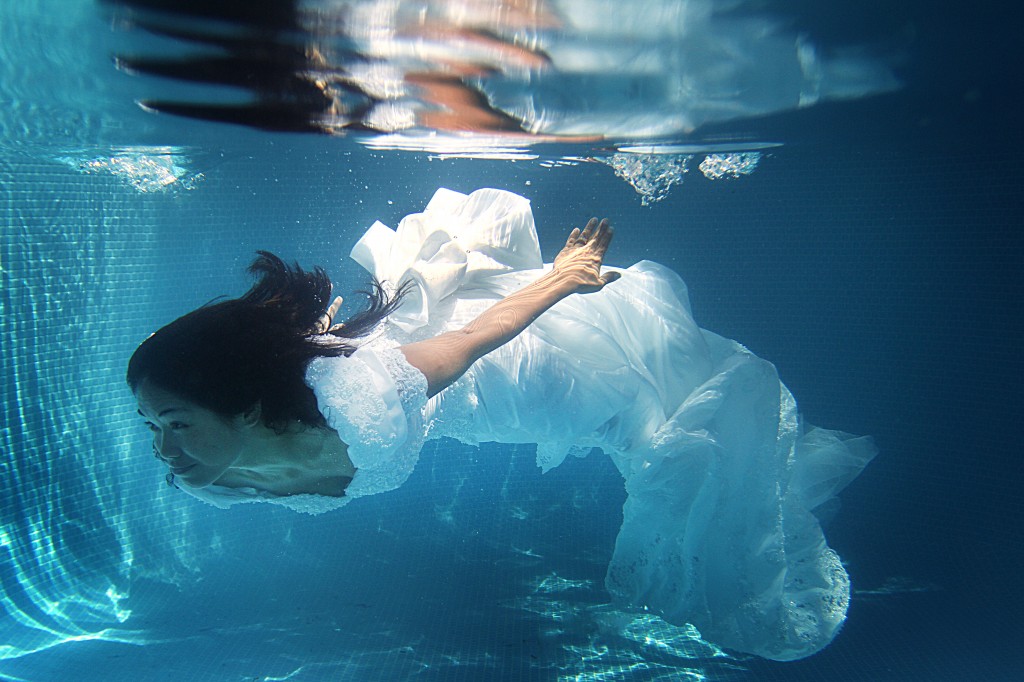 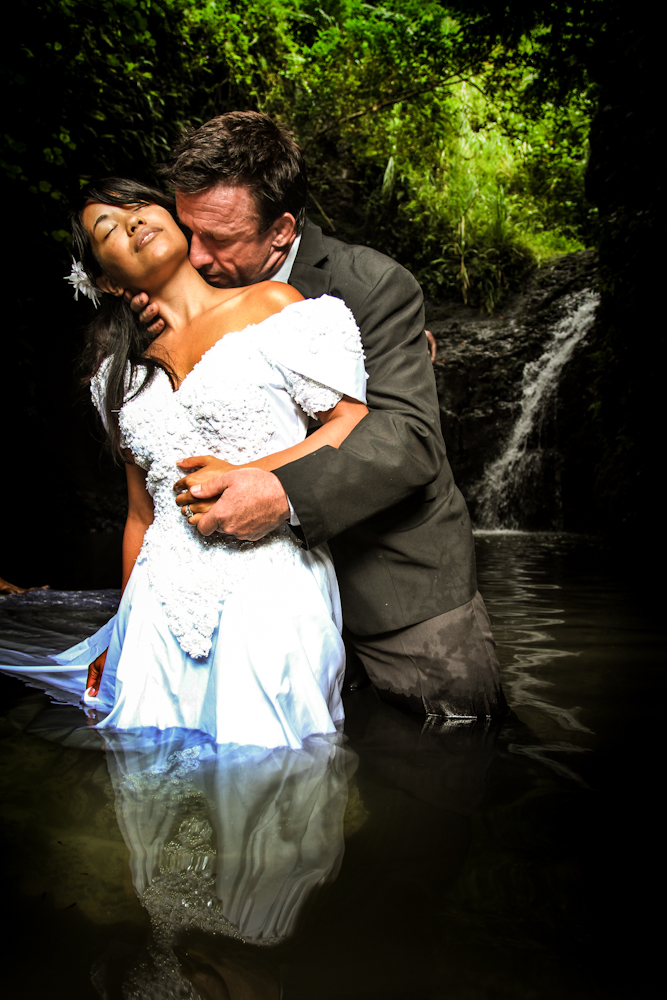 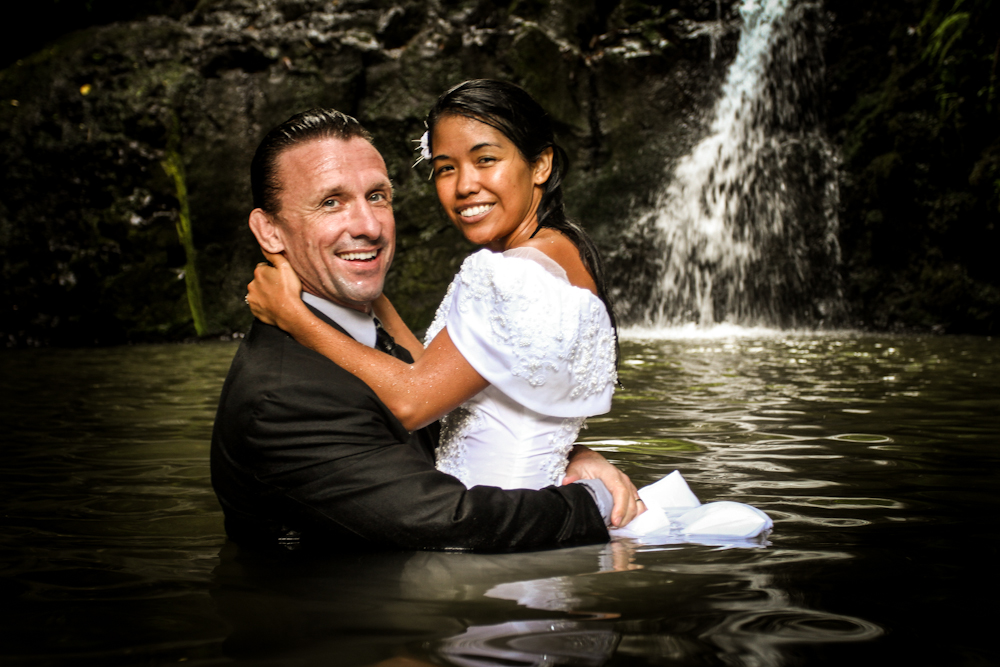 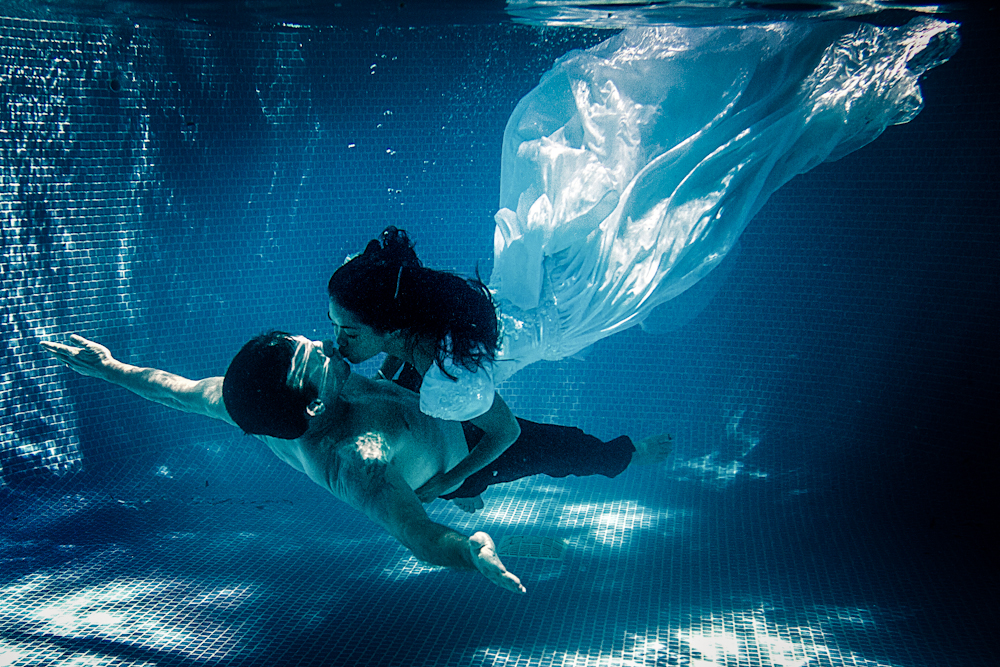